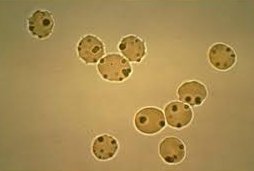 G6PD is an blood-based enzyme which energizes, helps repair, and regenerates damaged blood cells.  Although this is a good, even essential need for health, it can have a dark side too.  All oncological studies of the enzyme have also demonstrated that when at high levels this enzyme can assist in tumorigenesis and the spread of cancer.

IVC (intravenous vitamin C) at high concentrations (millimolar levels) can express H2O2 damage can occur to normal cells in the which case G6PD helps normal cells return to normal function.  It is therefore reasonable to assume that it performs this function for cancer cells as well, rescuing cancer from the damaging effects of H2O2.  Cancer cells are especially susceptible to H2O2 related damage, owing to the fact that they normally are catalase deficient, and that they are relatively porous (especially with respect to glucose receptors through which vitamin C easily transports).  It is by this pro-oxidation where IVC selectively kills cancer.  In short, following this rationale it appears that GP6D might rescue cancer from the main cytotoxic that IVC uses.

Moreover, since IVC uses up G6PD in the process of expressing damage against cancer cells, in order to maintain homeostasis, it is likely that G6PD levels increase in the blood stream in response to the pro-oxidative role that IVC produces in the blood.  In other words, as IVC increases so does the production of G6PD which limits the effectiveness of the IVC.  This might explain why in some patients IVC is initially effective, but looses effectiveness over time, as the body gains the ability to produce high levels of G6PD to counter the oxidative effect of the IVC.

There are a number of methods whereby G6PD can be limited, and it is proposed that a combination of lower dose IVC (to prevent too much blood cell damage) with G6PD inhibitors be given to maximize the selectivity of IVC against cancer while removing the cancer-cell-rescue from G6PD enzymes.

Additionally there are a number of cancer patients who are naturally G6PD deficient.  In most clinics they are told that they are not good IVC candidates because IVC at high doses (about 30g per infusion) requires higher G6PD levels than their body is able to provide, and so at thos high doses IVC could be dangerous.  In truth, however, those G6PD patients can easily tolerate IVC at 25g doses, at which dose they can benefit from all the anticancer effects of IVC but at a slightly lower efficacy.  What is not known however, since their G6PD levels are naturally low, is whether that makes the low dose IVC more effective for them than it does for patients with higher G6PD levels.  It stands to reason that low dose IVC may be as effective (or maybe more effective) for G6PD patients as high-dose IVC is effective for normal cancer patients.

As IVC is largely selective to cancer, so long as the oxidative load on the body is manageable despite lower levels of G6PD, far more damage will be done to the cancer cells by IVC than normal cells.  It is likely that the human body is simply providing more G6PD than it needs.  G6PD tests can and should be done during the IVC as the patient protocol matures to make sure they are in a safe range while IVC efficacy is maximized via G6PD depression.

G6PD deficiency is a good thing in IVC treatment so long as the oxidative load is sustainable by the normal (non-cancer) blood cells of the patient.  G6PD-deficient patients should therefore be strongly recommended for low-dose IVC, and normal patients (with normal G6PD levels) should be limited by pharmaceutical or at least naturopathic means as G6PD levels otherwise would diminish the efficacy of the protocol and rescue cancer-cells from the effects of IVC.

All oncological studies of the G6PD enzyme have demonstrated that high levels can assist in tumorigenesis and the spread of cancer.  IVC stimulates G6PD production in order to respond to the oxidative load produced by IVC.

G6PD helps normal cells recover from the oxidative load and it is reasonable to assume that it performs this function for cancer cells as well, rescuing cancer from IVC since oxidative damage is the main weapon that it uses against cancer.  In short, following this rationale it appears that GP6D might be limiting IVC’s effectiveness, and that as the body learns to respond to IVC with each subsequent infusion so does G6PD production, G6PD becomes the main limiting factor in the patient’s ongoing treatment.

There are a number of investigative procedures that can reveal the extent to which this rescuing effect occurs.

The first is a retrospective study by a clinic which has treated over the last 20-30 years a number of G6PD deficient patients at low dose (sub 30g doses), to see how they have fared.  If they could compare those results with normal-G6PD patients receiving that same dose, then the researcher can determine whether that dose was more effective for the G6PD-deficient patients.  In the event of an improved efficacy among G6PD-deficient patients this substantiates this theory.  If however in the event no difference is observed the result is inconclusive, since at that low dose even normal-G6PD patients may not elicit a spike in G6PD levels in response to the oxidative load (since that load is relatively low compared to high-dose IVC), or in other words both groups may have had similar G6PD levels so no difference should be expected.  So regardless of the outcome of that retrospective study the following should still be done.

Measurement of G6PD levels for normal-G6PD patients each hour before during and after IVC, to observe G6PD spikes.  This should be done on a new-to-IVC patient, as they progress throughout their treatment to gauge the ability of the body to increase G6PD levels with subsequent infusions.

In the event that G6PD levels increase significantly,G6PD levels should be held at some level between their max and normal levels by using G6PD suppression techniques.  The medical literature provides a number of recommendations on how that can be done as G6PD suppression has been recommended in oncological studies for better treatment outcomes.

This is a preliminary investigation, so it may be too agressive at this point to use this study to identify safety and therapeutic thresholds, but if such can be determined then the utility of this exercise would be very beneficial.

Observe G6PD levels for cancer patients as they progress through their IVC protocol, from first infusion to last.

Moonshot: Suppress G6PD levels as recommended in the oncological literature during treatment to see if efficacy can be improved at lower IVC levels, while still maintaining a sufficiently high G6PD level, and optimizing treatment selectivity.

Note: that this may be most ideally suited for continuous IVC treatments. Some studies demonstrate that low-dose IVC has no pro-oxidative effects and the cancer-effect is different (energy starving of the cancer cell), so if G6PD is increased by the body it can be safely suppressed to normal levels, if not lower, to maximize the anti-cancer effect of IVC.