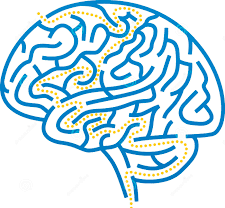 A number of previous studies and general observations lend substantial support to the idea that high levels of intravenous vitamin C can allow the brains of old people to function on par with the brains of people in their prime.  As previous studies regarding age-related brain function have used the mouse model, and since the brain’s cognitive function may be influenced by a number of factors that are difficult to filter out in the human model, this study is best done with mice, and should provide an acceptable basis for understanding how the aging human brain would respond to this protocol.  Additionally since a number of advancement in continuous outpatient IV treatments continues to make this sort of treatment more and more viable (especially with peripheral lines which are easily placed and hardly noticeable by the patient for up to 6 weeks), the time for this investigation is overdue.

Providing advanced age mice with millimolar levels of vitamin C in the form of sodium ascorbate allows them to perform maze memorization and navigation capabilities on par with young mice.

A correlation between improved brain function and vitamin C intake has been reported in a number of informal observations (oral intake, as well as IV administration), demonstrating improved alertness, improved mental status, emotional well-being, and psychological well-being. Supplementation is recommended by some practitioners for elderly people suffering from dementia, Alzheimers, and similar conditions. It has also been included as part of a nutritional cocktail (usually also including B vitamins and magnesium) for people suffering from mental illness, which has demonstrated positive effects in alleviating depression as well as schizophrenia.

Additionally human brain function degenerates with age, as does mouse brain function, suggesting that the mouse model is a viable platform to study how age-related brain function may be improved in humans.  A notable study demonstrated that when blood from young rats and the blood from very mature rats was swapped, so also swapped the ability for old vs young rats to learn a maze.  This suggested that brain function was largely controlled by blood-based chemistry, and that normal brain function could be immediately restored to an aging population given the right blood chemistry, making them again as productive and mentally as competitive as they were in their younger years.

The different components of blood chemistry have been investigated as potential pivotal components having this effect, but little work has been done to prove them out.  It seems that identifying those blood components that tend to diminish with age should be top considerations, and blood-ascorbate levels do in fact drop significantly with age.  Additionally nearly a dozen studies demonstrate that millimolar intravenous ascorbate administration usually does have a relative immediate effect on a number of quality of life factors associated with brain function. Therefore blood millimolar ascorbate supplementation in the mouse model should be studied to determine whether it is substantially responsible for giving very mature mice the same mental performance as young mice.

Subjects: Mice, possibly rats.  If upon further investigation it is determined that the age-related mental retardation is more significant in rats, then rats will be used for the study.

Group 1: 10 mice aged between 3 to 6 months
Group 2: 10 mice aged over 1 year and are showing appreciable mental retardation from aging, and yet are physically as mobile as the mice in group 1.

Dosage: The minimum necessary to bring blood ascorbate levels up to 1 millimolar

Frequency: As often as required to keep levels above millimolar concentration.

Special instructions:
1) Baseline maze performance will be established for each mouse, showing a difference in performance between the two groups in terms of short-term memory and long-term memory with a p-val <0.05.

2) Baseline ascorbate levels will be also measured for each mouse.

3) Studies will be done on both groups with the vitamin C, starting 30 minutes after the target dose is reached.  The target dose will be maintained for 3 hours.  The test will then be repeated at the end of this 3 hour time frame, then again 3 hours later.

4) This study will be then repeated 24 hours after the initial start, but without any ascorbate administration.

Detailed description of the phenomena to be investigated: TBD
Key parameters: TBD
How they will be observed: TBD